Pregnancy is a beautiful and happy time for most women, but happiness might not be the only thing you are feeling. Emotions such as stress and anxiety often accompany a woman during this period. One is more likely to feel stressed if it is a first or unplanned pregnancy. At times it is tense for both the partners as this is a change, they may find themselves unprepared for and feel a lack of control over the situation.

Women also feel distress over the new physical and hormonal changes that take place during pregnancy. As pregnancy can be a stressful time, women become vulnerable to certain psychological disorders and experience deteriorating mental health. They are susceptible to disorders such as anxiety disorder, depression, eating disorders and at times even post-traumatic stress disorder and bi-polar disorder.

As pregnancy is often lauded and glorified in our country, it becomes harder for women to share and confide with people if they are facing any negative emotions and makes them feel guilty over having such thoughts.

In 2016, the National Mental Health Survey reported that every one in ten individuals in India suffers from depression and anxiety. It was further reported that 20% of these individuals were pregnant women and new mothers. Though mood swings are common during pregnancy but one and their partner must remain vigilant to recognise signs of Antenatal Depression and Antenatal Anxiety. They may be;

Pregnant women can suffer from Post-Traumatic Stress Disorder (PTSD) during pregnancy if they have experienced a miscarriage before or have history of sexual, physical or emotional abuse. Women also become more vulnerable if they have a history of psychotic illness. If they are experiencing psychotic trouble during pregnancy, they may become more susceptible to using tobacco, drinking and other substances to relieve stress.

Metal illness in mother is a serious matter as if affects both the mother and the baby. Several studies have shown that psychiatrically ill women can face pregnancy complications such as preterm delivery, low birth weight of the baby and foetal retardation resulting from maternal depression and anxiety.

Role of a Partner

A partner or spouse plays a great role in the life a pregnant woman. During pregnancy, a woman who feels she lacks support or someone who is going through a rough patch in a relationship, may experience stress putting their mental health, physical health and general well-being at risk. Having a companion around can build a strong support system for these women as It creates a safe space for them to share their concerns and thoughts which can help in early diagnosis of mental disorders.

For the safety of both the mother and child it is best to recognise signs of mental illness at the earliest and find a coping mechanism that works for them. Some of them are; 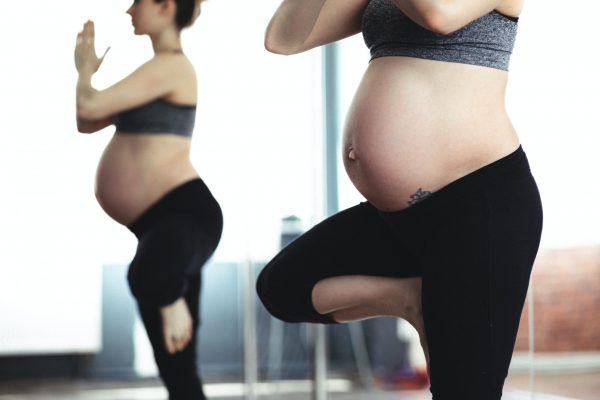 Facing a mental health problem during pregnancy need not be a complication for you and your baby. Asking for help when you feel like you need it may be the first step to a healthy recovery.